Coolabah strengthens board and investment staff

Coolabah Capital, the $1.2 billion boutique credit manager, has strengthened both its board and investment team with new recruits.

Bob Henricks, well-known Queensland industry fund trustee, has joined the board and Ashley Kabel, a former hedge fund manager, has joined as a portfolio manager. Kabel joins from Cambridge Strategies in the UK where he ran a successful systematic quant strategy since 2012.

Henricks announced his retirement as chair of the $7 billion Queensland-based Energy Super in April last year, after a career as a stalwart of both the union movement and the advancement of the interests of super fund members. He was one of the most influential trustees in the country.

He chaired or served on the boards of several super funds since the 1980s, including being involved in the launch of AUSTQ and SPEC Super and overseeing consolidation among the various electrical trades funds. He was a founding director trustee of Guardior, (trustee of The Infrastructure Fund formerly known as The Private Capital Group) who have provided a collective exposure to unlisted assets for many years – in some respects a Queensland version of the IFM model.

Coolabah portfolio manager Darren Harvey, said the firm had, in its five years since inception, secured strong support, on the back of its performance, from sophisticated financial advisors, family offices, corporate treasuries and super funds, which account for about 80 per cent of Coolabah’s assets under management.

Coolabah was founded by Harvey, a Deutsche Bank interest rate trader, and Christopher Joye, a former Goldman Sachs investment banker in 2011. In addition to running direct institutional mandates, the manager is the portfolio manager for all Smarter Money Investments funds.

Joye said: “We are unique in the active cash and credit spaces insofar as we don’t try to produce returns by taking on duration risk, credit risk or liquidity risk.

“We focus on generating pure alpha through capital gains deriving from mispriced assets that are converging back to fair value.”

The firm is chaired by Melda Donnelly, the founder of the Centre for Investor Education, a former chief executive of QIC, non-executive director of VFMC and Pacific Current Group, trustee of UniSuper, and who is a current member of the HESTA investment committee.

In 2015, billionaire Angela Bennett’s family office, which originated its wealth from iron ore, acquired a passive 25 per cent equity interest in Coolabah via AMB Holdings after committing $50 million to its portfolios. AMB is chaired by former Macquarie Banker and Freehills lawyer Michael Ashforth and led by Todd and Paul Bennett. 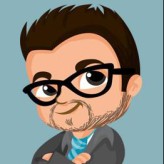